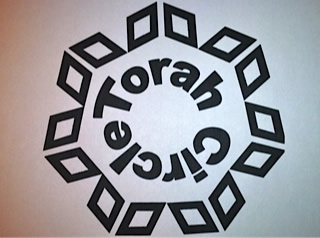 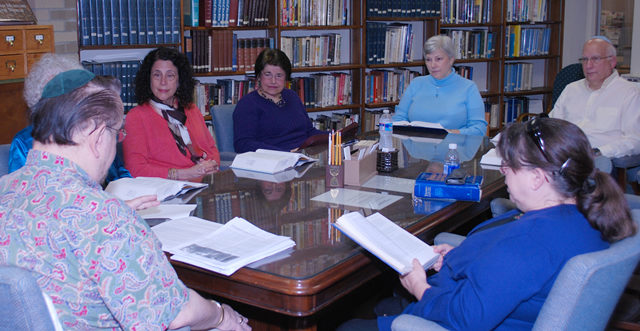 Continuing a tradition dating to 1985, the Torah Circle is a group of lay people engaged in reading and wrestling with Torah every Shabbat morning at 9:00. Four members of the group take turns leading, and we all teach each other as everyone contributes his or her own insights. We also welcome Rabbi Symons on most weeks, as she joins in whenever she can.

The old expression, “Two Jews, three opinions,” is brought vividly to life as we look at the text through many sets of eyes. We are middle aged and elderly, liberal and conservative, founding members, recent converts, spiritual seekers and lifelong learners — all discovering over and over that Torah is still the flame that gives warmth and light to our lives as Jews.

In 1985, Temple David began a program of Torah Study led by Rabbi Edelstein. The voluntary group met every Shabbat morning in the Sanctuary. A lay-led Shabbat morning worship service began the day followed by an hour long study session led by Rabbi Edelstein. We studied an English translation of the Torah starting with Genesis. In 10 years of sessions we got as far as the middle of the Book of Numbers. Rabbi Edelstein’s stated goal was to have the individuals present at the sessions feel “ownership” of the Torah. The Torah belongs to all Jews, not just Rabbis.

Not long after Rabbi Rheins assumed the pulpit, a new Torah Study Group was instituted. Rabbi Rheins led the group initially. Each Shabbat, prior to the Shabbat morning service which he led, we studied the parashah for that week in English. Over time, Rabbi Rheins allowed lay leaders to begin to organize and lead the study sessions.

Currently, two lay leaders organize the Torah study sessions and lead many of the actual sessions. Additional lay members are encouraged to take turns as leaders. We do all our study in English translation and we study the Torah text and a variety of commentaries from a range of sources. Rabbi Symons attends most of the sessions as her schedule permits. Her contributions are particularly valuable and welcomed by the group. The group has been re-named the Torah Circle. Sessions are followed by a Shabbat morning service usually led by Rabbi Symons but lay-led when Rabbi is unavailable.